X
Back to the top

Health for most individuals nowadays is more a question of what physical issue you don’t have than really being ‘completely’ healthy. But true health is now more and more being considered to be much more than simply having physical health.

Essentially, it means having a balanced, natural life – or what may be called an organic life, where physical, emotional, mental and spiritual health facets are of the essence in maintaining the individuals overall health and well being.

Qigong (also spelled Ch’i Kung) is a potent system of healing and energy medicine from China. It’s the art and science of utilizing breathing methods, gentle movement, and meditation to clean, fortify, and circulate the life energy (qi).

Qigong practice leads to improved health and vitality and a tranquil frame of mind. In the past, qigong was likewise called nei gong (inner work) and dao yin (guiding energy).

Because qigong lets in both dynamic and gentle methods that may be practiced from standing, seated, or supine postures, it’s suitable for young and old.

Practices may be tailored to individual needs making it an ideal aid to convalescence from illness or injury. Qigong is a sort of complementary medicine. It works well with additional forms of therapy.

Walking into any spa, massage centre, beauty centre and the likes, the first thing one would notice is the tranquil and quiet surroundings that are only “broken” by the equally intoxication tranquil sounding light music in the background.

Similar yet different to this is the binaural beats. The underlying reason for using this type of music is similar and so is the intended goal. Binaural beats are sounds that are supposed to stimulate the brain in specific ways. These sounds have been claimed to help induce relaxation, meditation, creativity and other desirable mental states.

The way the brain is affected depends on the varying frequencies of each tone. Each ear listens to these tones at different frequencies.

This may sound strange, but that is the basis of binaural beats. The right ear my listen to a tone of 300Hz while the left ear listens to the same sounds but at a different tone of 310Hz.

In order for the phenomenon to work the low frequency pulsations in the amplitude and sound localization of the sound must be presented separately, ideally using head phones.

The word yoga means “union” in Sanskrit, the language of ancient India where yoga originated. We can think of the union occurring between the mind, body and spirit. Yoga is the practice of physical postures or poses.

Many people think that yoga is just stretching. But while stretching is certainly involved, yoga is really about creating balance in the body through developing both strength and flexibility.

The curative power of touch has been a resonating idea in the human mind into the chronological records of history.

Frequently aligned rather closely with spiritual or religions, the power of particular privileged individuals in the community to heal through bodily contact or close proximity is duplicated in culture after culture.

Faith healing in Judaism, Christian religion and Islam, te-ate in ancient Japan, treatment in India, shamanistic rituals in tribal societies over the globe, the royal touch in medieval Europe; all hold as their key belief the tenet that simple physical contact between two humans may effectively cure disease, heal wounds, and get rid of frailties.

Once energy is unbalanced, barricaded or fixed due to tension or additional factors, pain and disease develop.

Obstructions commonly manifest in sequence from the subtle to the dense layers of the field. Polarity Therapy tries to discover the blockages and free energy to go to normal flow patterns, and to uphold the energy field in an open, flexible condition.

The classic Chinese explanation of acupuncture is that channels of energy run in even patterns through the body and across its surface. These energy channels,

named meridians, are like rivers flowing through the body to irrigate and nutrify the tissues. A blockage in the movement of these energy rivers is like a dyke that backs up in others.

Acupuncture treatments may therefore help the body’s internal organs to rectify instabilities in their digestion, absorption, and energy production actions, and in the circulation of their power through the meridians.

Holographic healing is a system that helps us to identify the unconscious patterns and power constrictions that underlie any issues that we might have in our lives.

You might have a relationship problem, a health problem, trouble in business, trouble becoming successful, personality issues, getting angry or depressed day in and day out. It doesn’t really matter what the fundamental issue is.

We have a tool that helps us to access the core events that underlie them. Most of our issues are unconscious, and this lets us go to those core unconscious places in order to discover what may to move this immovable issue that we have in our lives.

With the increase of diseases, illnesses, and ailments sometimes turning to just medical science is not enough. Besides being costly some of the treatments can be long and stressful, further adding to the already depressive conditions.

Crystal therapy or crystal healing is a sort of vibrational medicine. Crystal therapy necessitates the application of crystals or gemstones to help healing.

Gemstones hold spiritual and healing attributes that may be tapped into an assortment of ways. Crystals

may be carried or worn on the individual, or placed in a location where their therapeutic vibrations may be felt by whosoever is nearby. Healers likewise place stones on their clients’ reclined bodies to equilibrate the chakras and aura.

We all recognize that the body requires the correct vitamins and minerals to maintain wellness. All the same, there’s one other vital part of the picture that’s frequently missed.

Your immune system and healing mechanism requires rest and positive expectation to work at their best. 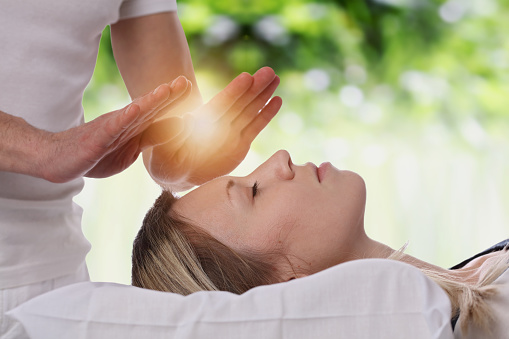 Engaging in hypnosis whilst your body is mending itself will:

•Supply optimum conditions for your immune system to work with efficiency

•Provide you a break from the stress of illness

•Make you feel better if you feel sick, tired or run-down

Hypnosis shouldn’t be used as a substitution for appropriate medical intervention, but rather as part of a full recovery program.

Complete the picture and provide your body and mind what they require to heal best.

Ascribable to the contention surrounding this practice, France’s King Louis the XVI organized an esteemed committee compiled of leading scientists, including Franklin, to investigate Mesmer. This examination destroyed Mesmer’s vocation.

Till comparatively recently, scientists thought that life was by and large a biochemical process. The thought that magnetic fields may importantly influence living systems appeared implausible. Views have shifted quickly, however, and a lot of scientists now think that at some level we’re basically electromagnetic creatures.

This ultra paradigm shift has fundamental medical implications as modern medicine has centered on biochemical processes. If these procedures are influenced by our electromagnetic nature, any healing approach that centers exclusively on them will in the end be limited.

Ear Candling is a process that goes back as far as biblical times, when hollow reeds from swamp regions were used as candles. It has been passed down for numerous generations by the North and South American natives, in addition to the Egyptian, African, Oriental and European cultures.

The procedure had been essentially lost for many years, but has come back into practice once again and is now being utilized by a wide assortment of individuals.

Meditation is among the proven alternative therapies. It may be broadly classified under the mind-body medicine.

More and more doctors are ordering meditation as a way to bring down blood pressure, better exercise performance in individuals with angina, help individuals with asthma emit easier, relieve insomnia and commonly relax the everyday stresses of life.

Meditation is a safe and easy way to balance an individuals physical, emotional, and mental states. It’s easy; but may benefit everyone.

The utilization of Meditation for healing isn’t new. Meditative processes are the product of diverse cultures and individuals around the world. It has been rooted in the customs of the world’s great religions.

As a matter of fact, practically all religious groups rehearse meditation in one form or a different. The value of Meditation to relieve suffering and raise healing has been known and practiced for 1000s of years.

It has been scientifically demonstrated that meditation works.

Pilates has gotten to be a common way to exercise. Pilates is a process that centers on core strengthening, balance, and flexibility. These principles are a few of the same principles utilized in the rehabilitation of a lot of common orthopedic issues.

Consequently, Pilates is more commonly being utilized in the prevention and rehabilitation of these orthopedic issues as well as in other areas of healing.

As a matter of fact, professional athletes in a few sports have started performing Pilates on a regular basis to help develop their core strength and flexibility. It’s thought that these skills might help keep the athlete injury-free and helps enhance performance as well as heal.

Yin and Yang is a popular ancient Chinese concept of two complementary forces in the universe, which work hand in hand, to produce positive energy.

A lot of healing practices and spiritual ceremonials that are being practiced nowadays by healing practitioners and metaphysical groups have been acquired from traditions that initiated from assorted Native American tribes.

History suggests that every tribe would have one or more elders who were trained in the healing arts. These people would serve as herbalists, healers, and spirit communicators. The responsibilities and types of healing arts and spiritual ceremonials performed would by nature vary from tribe to tribe.

To most this word Mantra gives off an aura of mystery and mystique. If properly understood and used Mantra can indeed produce powerful results.

Essentially it makes claims of the speech as having the essence of humanity and thus everything verbalized has some unseen power connected to it. This power becomes evident when seriously practiced. Conceptual ideas remain just that until they are actually verbalized.

Tai Chi, as it’s practiced in the west nowadays, may perhaps best be thought of as a moving class of yoga and meditation blended. There are a number of supposed forms (occasionally likewise called ‘sets’) which consist of a succession of movements.

A lot of these movements are originally deduced from the martial arts (and maybe even more ancestrally than that, from the innate movements of creatures and birds) while the way they’re performed in Tai Chi is slowly, gently and gracefully with fluid and even transitions between them.

For a lot of practitioners the focus in doing them isn’t, most importantly, martial, but as a meditative exercising for the body. In Chinese philosophy and medicine there lives the concept of ‘chi’, a life force that animates the body.

Among the professed aims of Tai Chi is to further the circulation of this ‘chi’ inside the body, the notion being that by doing so the health and life force of the individual are enhanced.

This ‘chi’ mobilizes in patterns that are closely related to the nervous and vascular system and therefore the notion is closely affiliated with that of the practice of acupuncture and additional oriental healing arts.

Looked upon as a mysterious practice, reiki originated from Japan, around 1922. Started by a Japanese Buddhist, this practice of purported healing basically

uses the palm of an individual to emit positive healing energy unto the patient. Sometimes reiki is referred to as oriental style treatment by professional medical bodies.

aromatherapy has also been known to be related to have medicinal qualities.

In ancient times faith healing was widely accepted as the only form of healing for both physical and mental health problems. As the development of science had not yet come about or even existed, this process was considered authentic, especially when positive results were achieved.